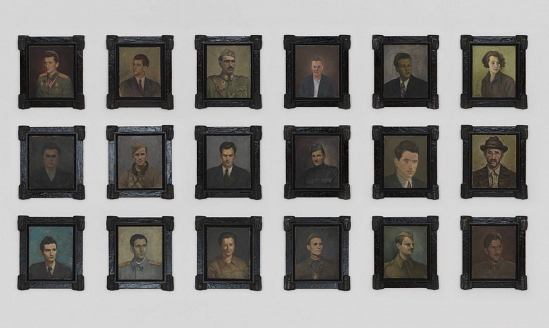 Portraits of people's heroes, fighters from the People's Liberation Struggle period have been stored for almost 80 years in storage facilities of the Historical Museum of Bosnia and Herzegovina in Sarajevo. They were painted by the prominent Bosnian- Herzegovinian artists from the period of socialist realism, in the years between 1948 and 1953. All of the portraits were painted with one goal, and that is the preservation of the cult of rememberance related to people's heroes.

IRWIN reframed the portraits in frames characteristic for the early 1980s' production.